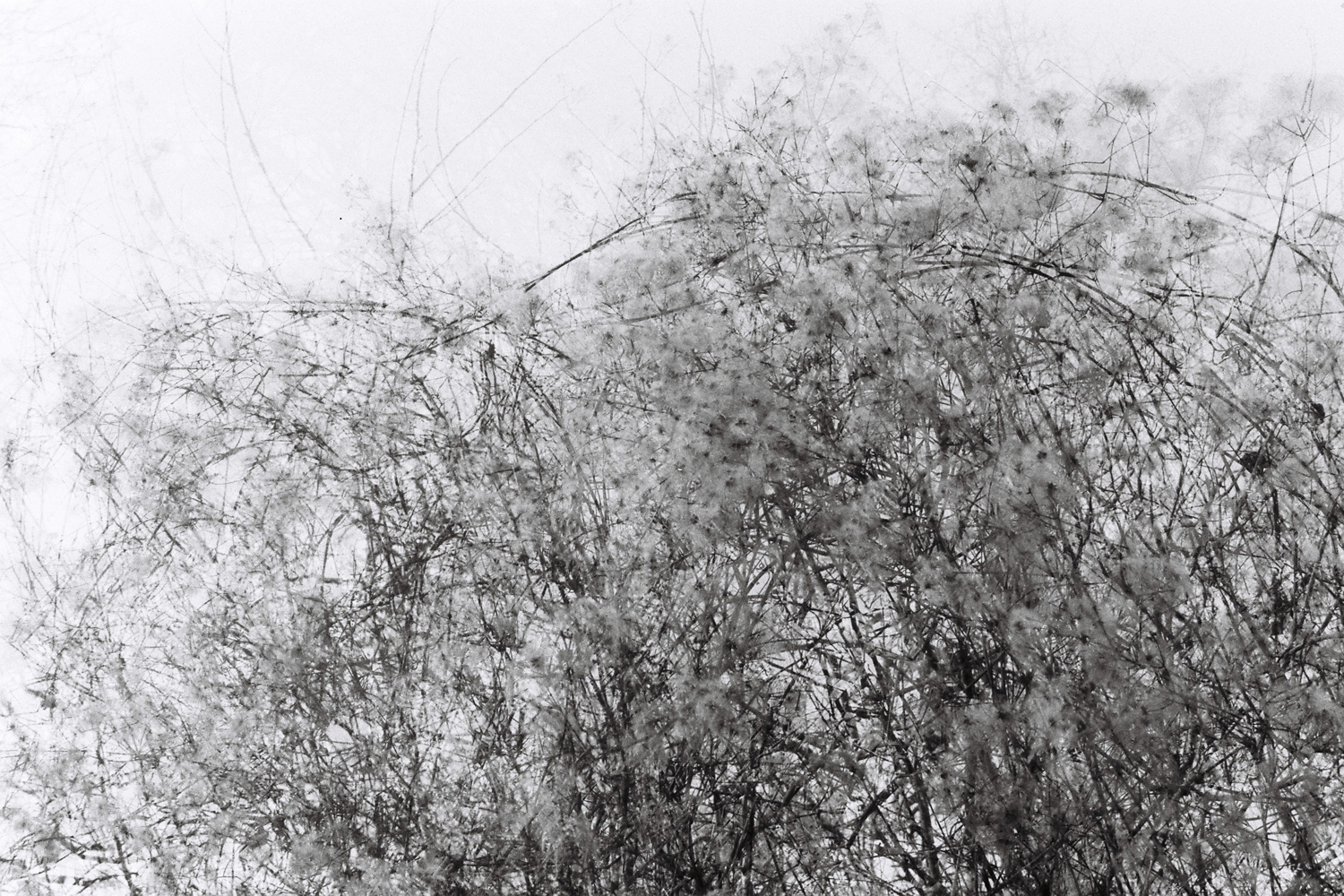 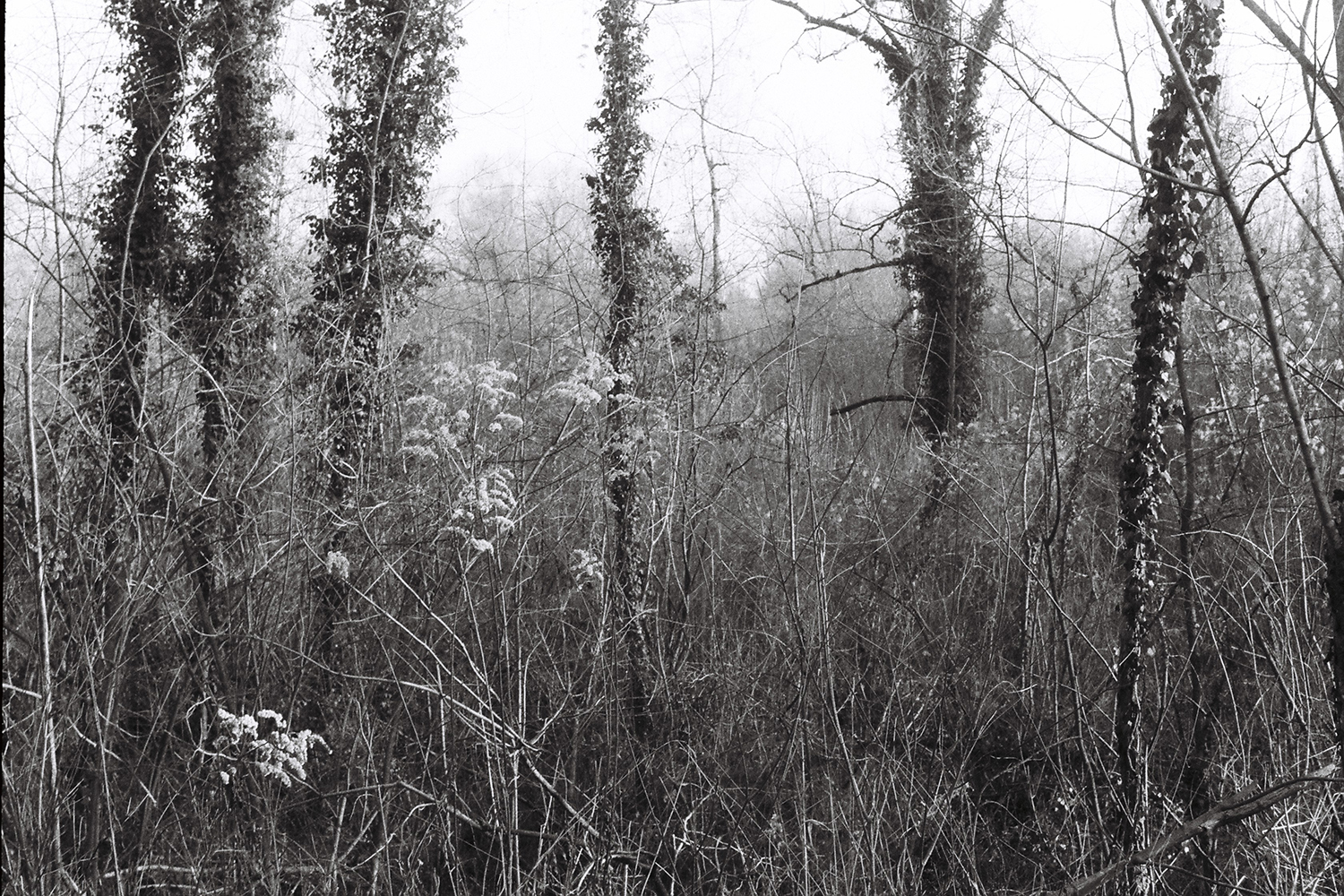 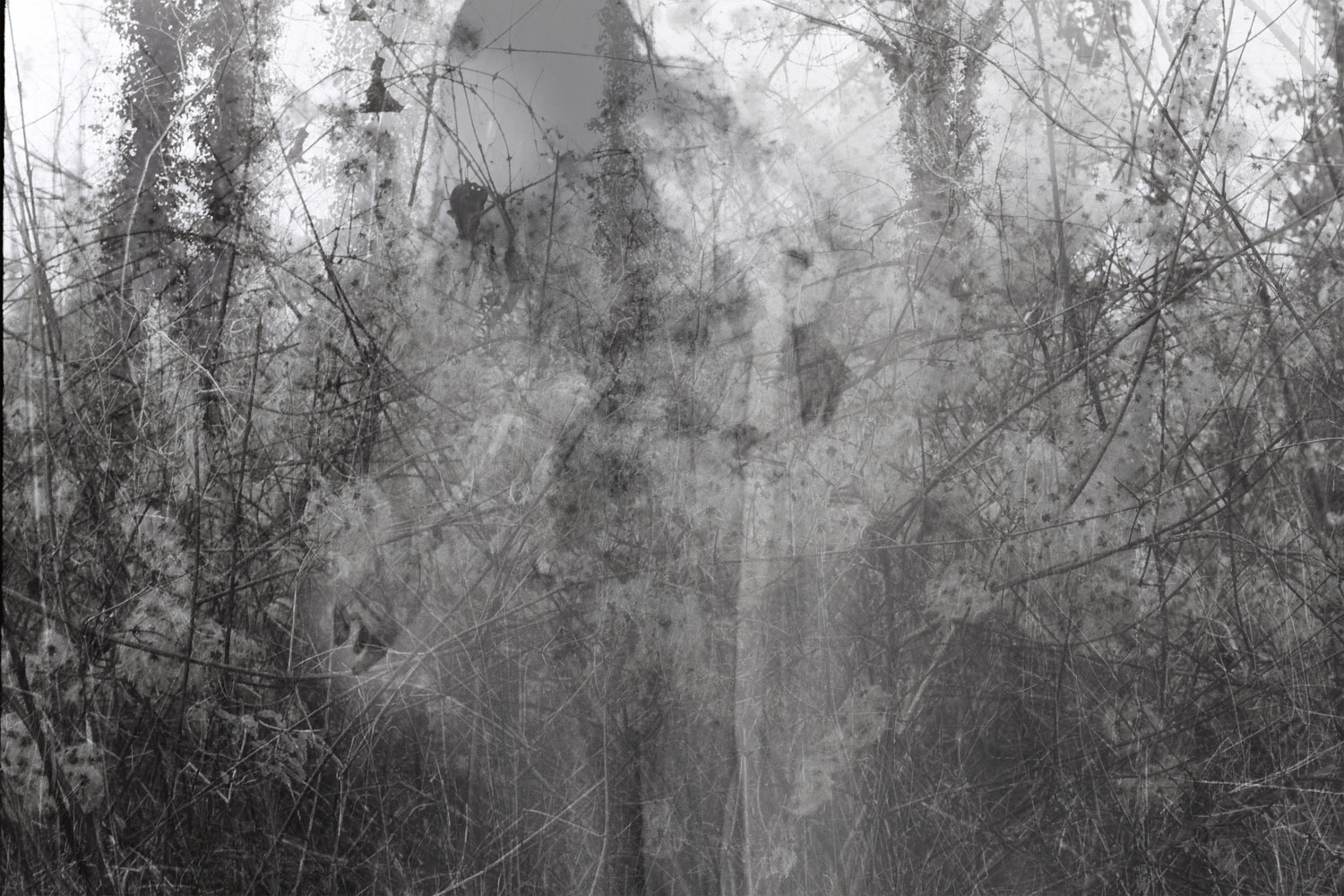 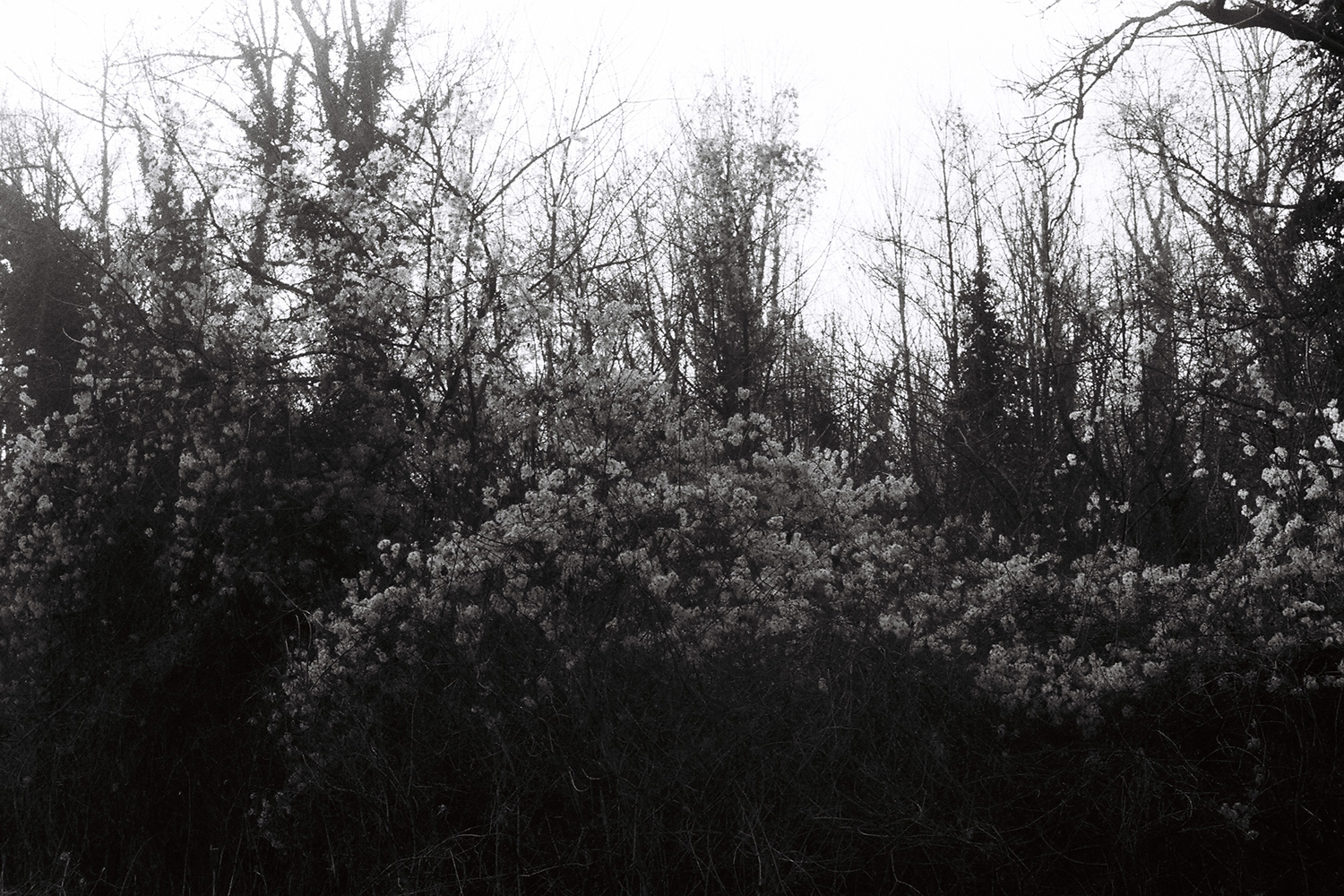 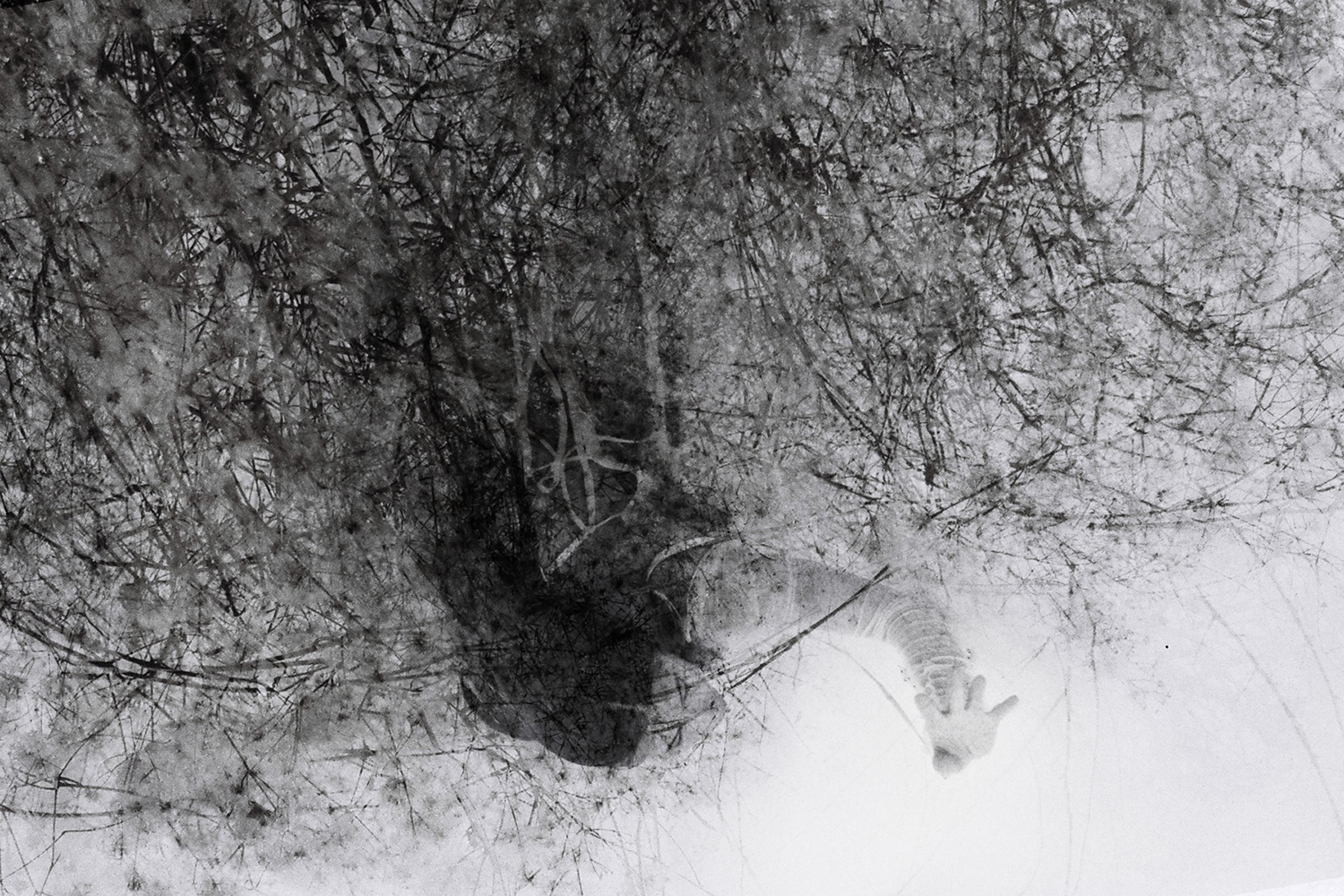 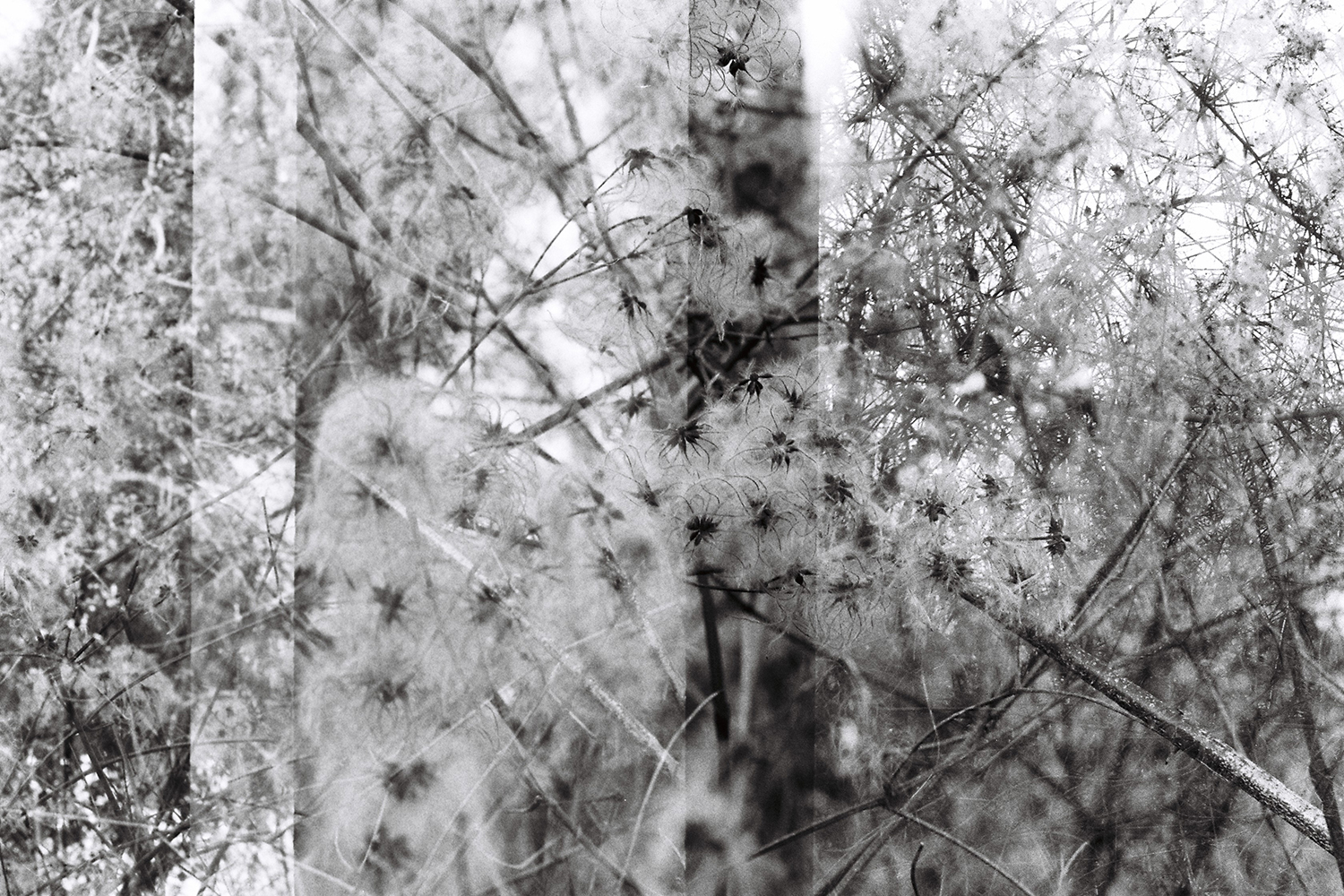 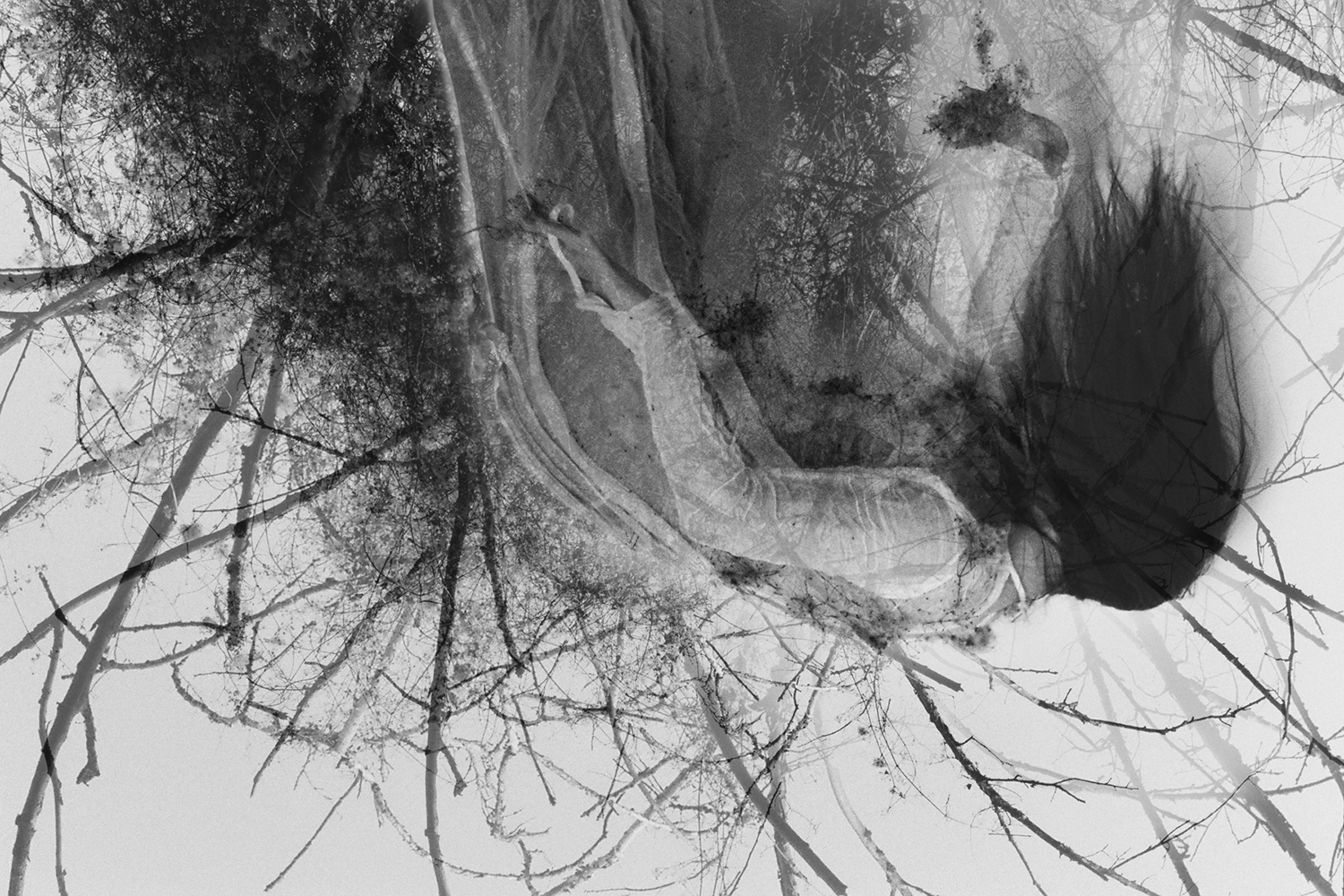 Clematis vitalba  is an ongoing project reflecting on the notion of human/nature symbiosis.
Analog photography & montages.

« Clematis vitalba is a climbing shrub with branched, grooved stems, deciduous leaves, and scented greeny-white flowers with fluffy underlying sepals. The many fruits formed in each inflorescence have long silky appendages which, seen together, give the characteristic appearance of old man’s beard. The grooves along the stems of C. vitalba can easily be felt when handling the plant.
This species is eaten by the larvae of a wide range of moths. This includes many species which are reliant on it as their sole foodplant; including small emerald, small waved umber and Haworth’s pug.
Due to its disseminatory reproductive system, vitality, and climbing behavior, Clematis vitalba is an invasive plant in many places. Some new tree plantations can be suffocated by a thick layer of Clematis vitalba, if not checked.
For example, in New Zealand, it is declared an « unwanted organism » and is listed in the National Pest Plant Accord. It cannot be sold, propagated or distributed. It is a potential threat to native plants since it grows vigorously and forms a canopy which smothers all other plants. »